Chamomile health benefits include: anti anxiety, antihistamine, anti-inflammatory, antioxidant, and antispasmodic properties. Read on to discover more about this amazing herb, its health benefits, where to purchase it, and how to use it!

For Cuts, Scrapes, and Abrasions

Chamomile creams can reduce the “weeping” of fluid from cuts and scrapes. Reduces inflammation and skin irritation.

If chamomile is steamed or put into hot water to create an infusion, a substance called chamazulene is formed. Chamazulene is an antiallergenic. It prevents the formation of inflammatory molecules (leukotrienes) – thereby inhibiting the generation of toxic free radicals needed to trigger the allergic response. A compound in the herb’s essential oil also reinforces the effect of chamazulene by blocking the release of histamine!

Soothes skin, opens pores, and eliminates blackheads. Also good as a sitz bath for inflamed skin around the genitals (like on hemorrhoids, or for women who are post birth).

When using chamomile on the skin, you have a few options:

When using on skin, look for products made with German chamomile as opposed to Roman Chamomile. On occasion, Roman chamomile has shown to cause allergic skin reactions in certain people. 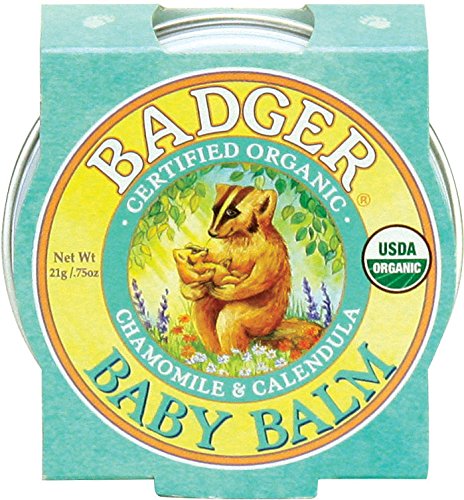 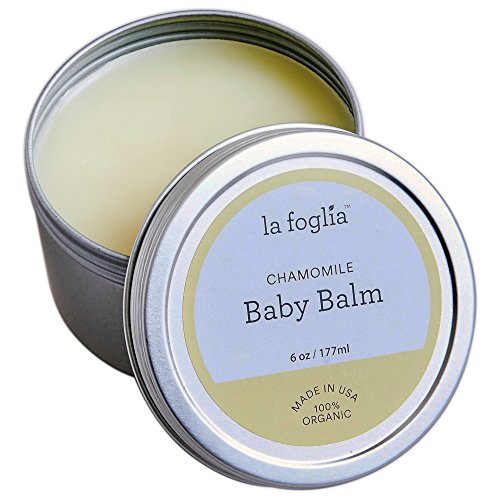 Chamomile contains apigenin, a chemical that prevents the production of proteins that allow cancer cells to anchor to new sites. Aipegenin also counteracts inflammatory reactions that are necessary for new tumors to get their own blood supply.

Chamomile is great for treating irregular menstruation. It also contains spirometer – a very strong antispasmodic that relaxes aching & tense muscles. For that reason, it is also a great treatment for uterine cramping and premenstrual symptoms. (One of my favorites when I’m suffering from menstrual cramps).

For these applications, I recommend a tincture or strong infusion (4 tsp dried chamomile to 2 cups steaming hot filtered water).

For IBS, Gas, Nausea, and Digestion

Chamomile’s anti spasmodic properties make it a great treatment for nausea, IBS, and other inflammatory diseases of the digestive tract like Chron’s disease. Additionally, it is a carminative – which means it’s helpful in reducing gas and bloating.

Since the 1st century AD, chamomile has been used to aid in digestion – typically consumed as an after meal drink. It can help with indigestion, acidity, gas, bloating, nausea, gastritis, etc.

Another common use for chamomile: Peptic Ulcers. Chamomile’s anti inflammatory and antihistamine actions soothe inflammation throughout the digestive tract. This herb also contains a substance that counteracts infection with Helicobacter pylori – the bacteria associated with a majority of peptic ulcer cases. If the peptic ulcers are accompanied by diarrhea, chamomile can also help speed recovery – especially when paired with a high fiber diet.

Teas (infusions) will be your best bet when it comes to dealing with digestive health. Tea should be drank daily for several weeks – particularly after meals – for best results. For IBS, 1 tsp of tincture can be diluted in 1/2 cup of water and drank three times a day. Chamomile tea & ginger tea are my favorites for curing nausea.

For any inflammation of the mucous membranes of the throat and airways – inhaling steamed chamomile can be extremely beneficial. As I mentioned earlier, when chamomile is steamed or placed in hot water, a substance called chamazulene (anti-allergenic) is formed. It can be very effective in reducing inflammation and histamine levels. 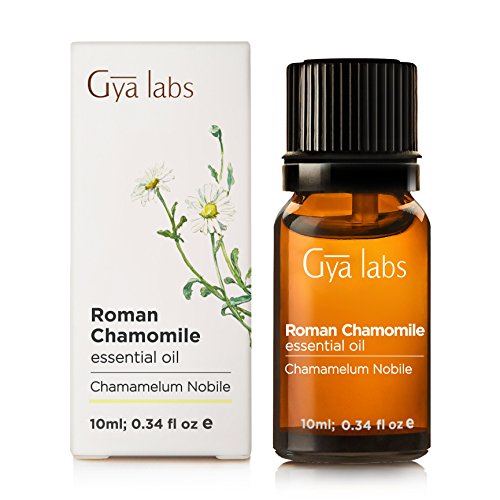 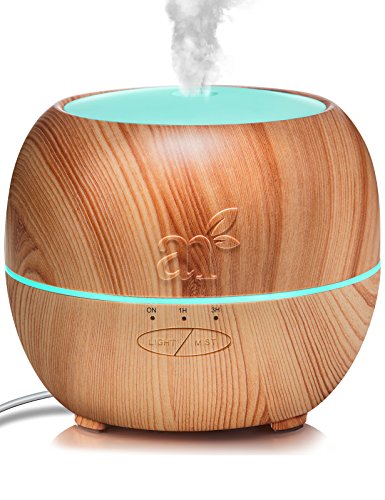 For Anxiety, Stress, and Insomnia

As a mild sedative, chamomile works great at battling anxiety, stress, and sleeplessness. Laboratory tests have shown that inhaling the vapors of chamomile’s essential oil reduces the body’s production of adrenocorticotropichormone (otherwise known as stress hormones). Inhaling the essential oil lowers stress and even makes other drugs like valium more effective. Chamomile is mild and safe to use on children who have difficulty sleeping. Drinking a strong chamomile & lavender tea is my go-to when I am feeling restless or anxious at night.

When using on skin, look for products made with German chamomile as opposed to Roman Chamomile. On occasion, Roman chamomile has shown to cause allergic skin reactions in certain people.

Chamomile contains natural blood thinners known as coumarins. Since these compounds are similar to the prescription drug warfarin (Coumadin), avoid chamomile teas when taking this drug. Where to buy Chamomile

Chamomile tea can easily be purchased at most grocery stores. My favorite for nerves and anxiety is shown below. For loose leaf tea, tinctures, creams, and essential oils, you may need to visit your local health foods or vitamin & supplement store.

Below, you can find my favorite bulk bag of loose leaf chamomile flowers. This bag can last for an extremely long time – if only using for tea – but you can also use the dried flowers to create infused oils, baths, etc. 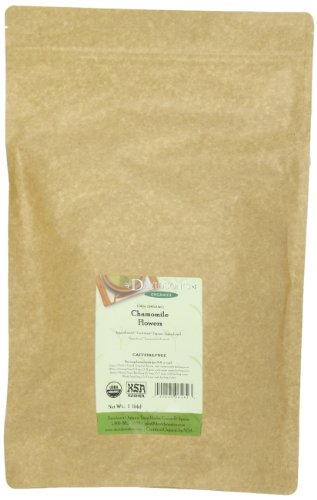 How to Make A Chamomile Infusion

Boil 2 cups of filtered water and

How to Make A Chamomile Infused Oil

These are my absolute favorite books to reference when I’m trying to decide which herb is going to help whatever ailment I might have. They’re also extremely informative when it comes to learning how to make infusions, tinctures, and things of that nature. All of the information in this article was referenced from these three books: 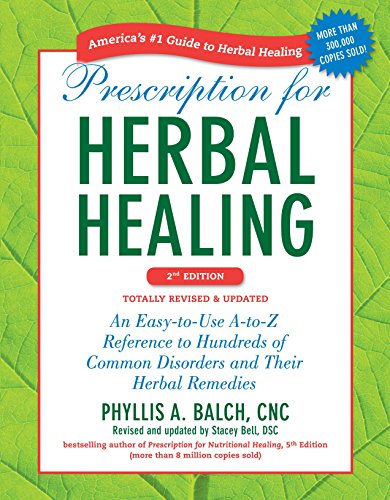 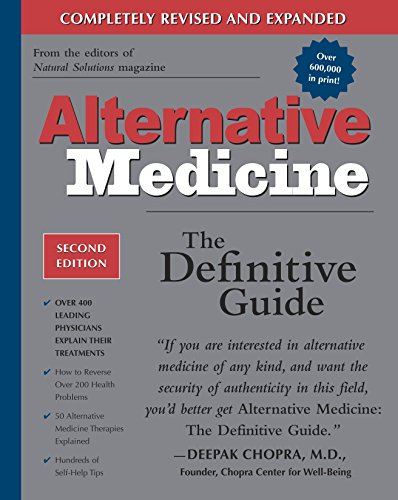 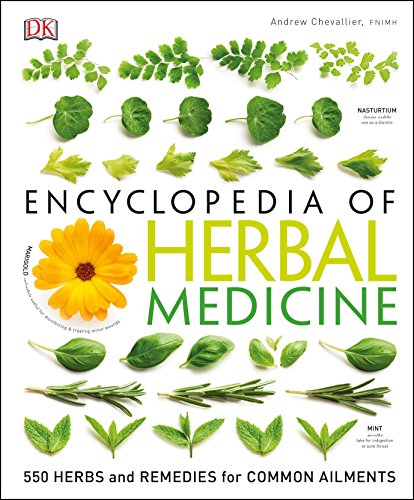